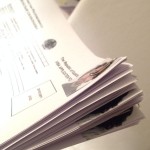 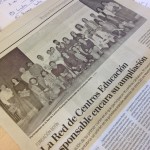 Wrapping up the year through some pics :)

If you follow me, you know this blog is a good thermometer of how I’m feeling and how are things going. Even though since June I have been looking forward writing about the absolute revelation that has been going back to gardening (more on this on a separate post), I’ll be dedicating this entry to […] 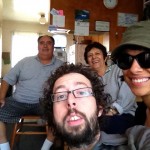 USA in my mind

I just came from an amazing trip to my beloved California. No words for what it means to me to catch up with the old friends there, checking both North and South and having a blast. I’m always very positive on my future but I know I left behind some of my best years back […]

I am writing from IES La Granja, an adorable highschool in Heras, on the other side of the bay. As part of the Responsible Education program, all the schools working with us, besides the online training they receive in the different resources that we have (music, arts, counseling, and literature), they go through a series […] 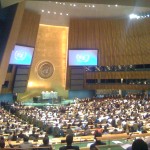 From NY trip to my holiday break

Again, long time with no posting. Actually I could say that this long-term love story with technology it’s not in its best days –neither the worsts ;). It has happened before, but it was more a shame on all these people in the twitter and facebook hype, the 2.0 thing, the bla, bla, bla and […] 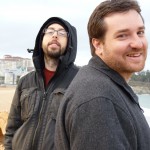 This is one of those that I force myself to write. No posts in three months is not good… I guess it has to do with the fact that I’m working hard, but still I have the feeling that I’m doing a lot of things besides work. I think it may be good to put […]

This is my first week working at the Marcelino Botín Foundation.  Although I worked as a freelance for the creativity in education focus group, I just join the educational branch of the Foundation on a full time position. I am extremely thankful for the opportunity I have been given and I really expect this collaboration […] 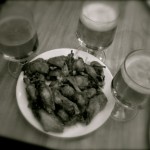 On wisdom, tolerance and knowledge

A few days ago I was having a beer with some good friends at Pepe el Guarro, an amazing place on the outskirts of the city. Straight to my top three tapas bar in Madrid with El Descanso and El Pezcador at Las Infantas street, for sure… Among others, I was there with Jesús, a […] 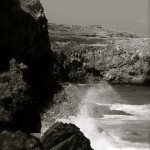 I have just come back from Portugal. It has been such an amazing trip… Although my parents run a restaurant/motel on Jaén in the seventies and they travelled extensively with me throughout Andalusia I was really looking forward to get back to those southern landscapes. Malén and I setup the route Madrid, Seville, Puerto de […] 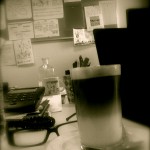 Chronicles of an inverse cultural shock (OK, not that bad ;))

I love my job, no kidding… Well, I mean my main job at RIATE (work in progress, excuse us). Main job as since I came back from California last summer I’ve been working for other clients such as Fundación Marcelino Botín and some schools here and there, always coaching on how to achieve change through […]